By admin on November 27, 2011 in Challenging the Paradigm

“Privately, UNFPA officers say they are in a bind, ’We have had a challenge making sure that when we communicate we are able to preserve women’s rights to abortion but at the same time say that sex selection on the basis of gender of the future child is incorrect because it amounts to discrimination. How do you hold on to this discrimination tag and at the same time talk about safe abortion and access to it? It has been a huge challenge for us….we are walking a tightrope.” 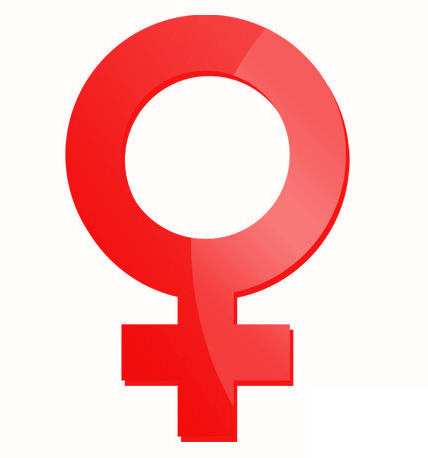 Women’s rights are entitlements and freedoms claimed for women and girls of all ages in many societies. In some places these rights are institutionalized or supported by law, local custom, and behaviour, whereas in others they may be ignored or suppressed.

They differ from broader notions of human rights through claims of an inherent historical and traditional bias against the exercise of rights by women and girls in favour of men and boys.[1]

Issues commonly associated with notions of women’s rights include, though are not limited to, the right: to bodily integrity and autonomy; to vote (suffrage); to hold public office; to work; to fair wages or equal pay; to own property; to education; to serve in the military or be conscripted; to enter into legal contracts; and to have marital, parental and religious rights.[2] http://en.wikipedia.org/wiki/Women%27s_rights

Abortion is defined as the termination of pregnancy by the removal or expulsion from the uterus of a fetus or embryo prior to viability.[disputed – discuss][note 1] An abortion can occur spontaneously, in which case it is usually called a miscarriage, or it can be purposely induced. The term abortion most commonly refers to the induced abortion of a human pregnancy. http://en.wikipedia.org/wiki/Abortion

Legal Instruments of Equality for Women

A number of legal instruments exist in Canada for equality for women. At the federal level, the following apply:

Section 15 of the Charter ensures the equal protection and equal benefit of the law “without discrimination based on race, national or ethnic origin, colour, religion, sex, age or mental or physical disability.” Court decisions have expanded this list to prohibit discrimination on other grounds, such as citizenship, marital status and sexual orientation, and have recognized that multiple grounds of discrimination may intersect in particular cases. Section 28 guarantees that all rights covered in the Charter apply equally to men and women.

The CHRA, 1977, states that all Canadians have the right to equality, equal opportunity, fair treatment, and an environment free of discrimination on the basis of sex, sexual orientation, marital status and family status, in employment and the provision of goods, services, facilities or accommodation within federal jurisdiction. The CHRAcreated the Canadian Human Rights Commission to investigate and settle complaints of discrimination, and refer them to the Canadian Human Rights Tribunal for adjudication.

The following legislative acts might also be of particular interest to women and equality rights:

For more information about the history of women’s rights, please visit the Canadian Human Rights Commission

Is abortion a human right?

“…there is no international legal obligation to provide access to abortion based on any ground, including but not limited to health, privacy or sexual autonomy, or non-discrimination” http://www.sanjosearticles.com/?page_id=50 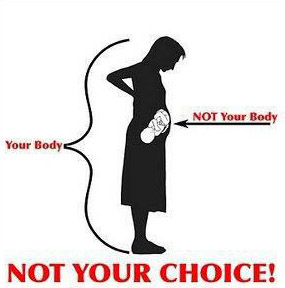 (ICPD) Program of Action, clause 8.25. Yet it nonetheless promotes abortion by funding abortion providers and advocates who promote abortion as a human right and by making these providers and advocates its partners and agents in countries throughout the world. For example, UNFPA funds the abortion-rights law firm Center for Reproductive Rights (CRR) [See CRR annual reports, e.g. its latest report from 2009 at http://reproductiverights.org/sites/crr.civicactions.net/files/documents/crr_annual_09.pdf.]

UNFPA has also collaborated with CRR on briefings for the committees responsible for monitoring compliance with the Convention Against Torture and the International Covenant on Economic, Social and Cultural Rights. According to CRR, these briefings focused on “reproductive rights violations” such as “denial of reproductive healthcare services, including abortion and post-abortion care.” [http://reproductiverights.org/en/press-room/center-briefs-un-committees-on-emerging-reproductive-rights-issues]

In fact, however, that definition (found in paragraph 7.2 of the Program of Action) does not include any reference to abortion at all. On the contrary, rather than imposing on any State an obligation to legalize or de-penalize abortion, the ICPD Program of Action explicitly recognizes the sovereignty of states to legislate on that matter. Specifically, paragraph 8.25 states, “Any measures or changes related to abortion within the health system can only be determined at the national or local level according to the national legislative process.”

Because ICPD and the outcome document from the Fourth World Conference on Women in Beijing did not include abortion rights, advocates turned to the UN human rights treaty monitoring system to find a right to abortion. In 1996, staff from the office of the UN Office of the High Commissioner on Human Rights, UN Population Fund, UN Division for the Advancement of Women and non-governmental abortion advocates produced a report outlining the means to do so.

The strategy, which has been implemented in subsequent years, said that “United Nations agencies could analyze each treaty and the work of each treaty monitoring body” to promote the agenda, which entailed redefining the various rights to attempt to fashion a right to abortion.

According to the report, “The right to life…could be extended to the issue of life expectancy, including distinctions between women and men, particularly in respect of issues of women’s reproductive and sexual health which adversely affect women’s life expectancy, such as…strict abortion laws which lead women to seek unsafe abortion.” [Roundtable of Human Rights Treaty Bodies on Human Rights Approaches to Women’s Health, with a Focus on Sexual and Reproductive

The current Polish abortion law allows abortion of fetuses considered sick or handicapped.  Any law which does not protect the most helpless and defenseless members of society is barbaric.  A new legislative proposal protecting the unborn is an opportunity to correct this injustice.

A vote against the legal protection of the unborn would mean a victory for abortion fanatics, radical feminists, and their perverse vision of women’s rights.   This vision is based on the lie that abortion is a simple medical procedure with no negative consequences.  However, there is nothing more irreversible and tragic, nothing more humiliating, degrading and objectifying of women.  This feminist vision also denies the value of fatherhood and the unity of families.

A lack of support for the protection of life would also mean a victory for the abortion lobby, which dreams of high abortion rates, of revenues from government contracts, and of increased sales of abortion equipment and pharmaceuticals.

We look forward to courageous support for the respect and dignity of women and children and the legal protection they deserve.

6. The bill conflicts with women’s guaranteed rights and equality under our Charter of Rights and Freedoms. The Supreme Court has ruled that a woman and her fetus are considered “physically one” person under the law (Dobson vs. Dobson, http://scc.lexum.umontreal.ca/en/1999/1999rcs2-753/1999rcs2-753.html), and that rights accrue to the pregnant woman. It would be extremely difficult to give fetuses any legal recognition without compromising women’s established rights in some way.

7.    Legally separating a woman from her fetus causes harm: Creating a legal separation of a pregnant woman and her fetus can result in a harmful, adversarial relationship between them. When their interests conflict, one or both can be endangered. For example, if pregnant women are threatened with arrest for abusing drugs, they are less likely to seek pre-natal care. (http://advocatesforpregnantwomen.org/issues/punishment_of_pregnant_women/prosecuting_mothers_wont_protect_our_children.php)

8.    The bill creates an inherent contradiction and confusion in the law, by pitting fetal rights against women’s rights, and creating a conflict with abortion rights. If a fetus is a legal entity with the right not to be killed, how then can abortion be exempt, and why should a pregnant woman’s potentially harmful behaviours be exempt? The law opens the door to pregnant women being targeted for their behaviours or for self-abortions, as has happened in some U.S.

Well there certainly is a lot to think about and we look forward to hearing from you!

Well, just what are we before we are born?
The Jaffe Memo – Women’s Rights or Oppression?

One Response to What are women’s rights anyway and is abortion one of them?