By admin on November 29, 2011 in Challenging the Paradigm 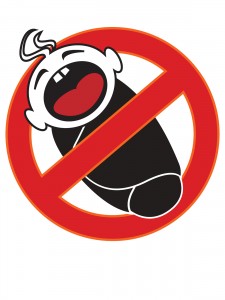 In the words of Abby Johnson, a former Planned Parenthood Director and advocate of abortion,

“This memo is real…”

Abby writes on her blog saying,  “When I worked at Planned Parenthood, there was something that we were not allowed to talk about. If we didn’t talk about it, then maybe no one else would either. It was called the Jaffe Memo. In 1969, Planned Parenthood was asked by the government to produce some ideas to help with overpopulation. They did just that. What is in the memo as a “solution” to overpopulation is astonishing. And, I’m sorry to say, it looks like the Jaffe Memo is starting to show its face in our culture.”

In the Jaffe Memo, Frederick Jaffe, who was the head of research at Planned Parenthood, proposed “compulsory sterilization for those who have already had two children.” (Examples of Proposed Measures to Reduce U.S. Fertility.) 1

Alan Guttmacher himself, who was the president of Planned Parenthood for over a decade, stated, “Each country will have to decide its own form of coercion, determining when and how it should be employed,” noting that “the means presently available are compulsory sterilization and abortion.” 5 He told a reporter that such force may be especially needed “in areas where the pressure is the greatest, possibly in India and China.” 6

Could this be why Planned Parenthood supports China’s current coercive one-child per couple policy?7  This brutal policy includes mandatory sterilization and forced abortions. The United States and other Western countries, including Canada, have been  funneling tens of millions of dollars to organizations such as the United Nations Population Fund (UNFPA), which support China’s brutal One Child Policy.8  The Canadian government recently approved a $6 million grant awarded to International Planned Parenthood Federation (IPPF’s) affiliates in Afghanistan, Bangladesh, Mali, Sudan, and Tanzania. 9

What are women’s rights anyway and is abortion one of them?
Overcoming poverty and hunger by eliminating the poor and the hungry?

One Response to The Jaffe Memo – Women’s Rights or Oppression?