By admin on December 11, 2011 in Challenging the Paradigm 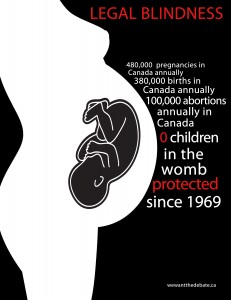 “Mankind owes to the child the best it has to give”
Geneva Declaration of the Rights of the Child, 1924

Geneva Declaration of the Rights of the Child
Adopted 26 September, 1924, League of Nations

By the present Declaration of the Rights of the Child, commonly known as “Declaration of Geneva,” men and women of all nations, recognizing that mankind owes to the Child the best that it has to give, declare and accept it as their duty that, beyond and above all considerations of race, nationality or creed:

Preamble: “Whereas recognition of the inherent dignity and of the equal and unalienable rights of all members of the human family is the foundation of freedom, justice and peace in the world….

Article 2 “Everyone is entitled to all rights and freedoms set forth in this Declaration, without distinction of any kind, such as race, colour, sex, language, religion, political or other opinion, national or social origin, property, birth or other status..”

Article  25 (2) Motherhood and childhood are entitled to special care and assistance..”

The declaration speaks of; all human beings, everyone, no one, a person, all in terms of freedoms, rights, liberty, security, protection, equality and recognition – It does not exclude the human before birth.

Declaration of the Rights of the Child 1959

Preamble:“….Whereas the child, by reason of his physical and mental immaturity, needs special safeguards and care, including appropriate legal protection, before as well as after birth…whereas mankind owes to the child the best it has to give…”

Convention on the Rights of the Child 1989

Preamble:”….. Bearing in mind that the need to extend particular care to the child has been stated in the Geneva Declaration of the Rights of the Child of 1924 and in the Declaration of the Rights of the Child adopted by the General Assembly on 20 November 1959 and recognized in the Universal Declaration of Human Rights, in the International Covenant on Civil and Political Rights (in particular in articles 23 and 24), in the International Covenant on Economic, Social and Cultural Rights (in particular in article 10) and in the statutes and relevant instruments of specialized agencies and international organizations concerned with the welfare of children,

Bearing in mind that, as indicated in the Declaration of the Rights of the Child, “the child, by reason of his physical and mental immaturity, needs special safeguards and care, including appropriate legal protection, before as well as after birth”…”

“For the purposes of the Convention, a child means every human being below the age of eighteen years unless under the law applicable to the child, majority is attained earlier.”

We thought that it was especially important to remind ourselves that “the child” has held a very special place of concern in the hearts of the men and women who wrote up these amazing human rights declarations over the years. As you will note also that motherhood is a status recognized as need special protection and assistance. This week we wish to highlight the contradictory nature of our Canadian laws not only in reference to these documents but also within its own framework of Criminal, Tort and Civil Law.

Section 195, Chapter 51: “When Child becomes a Human Being: (1) A child becomes a human being within the meaning of this Act when it has completely proceeded in a living state from the body of it’s mother, whether or not: (a) It has breathed. (b) It has independent circulation. (c) The navel string is severed (2) A person commits homicide when he causes injuries to a child before or during its birth as a result of which the child dies.” 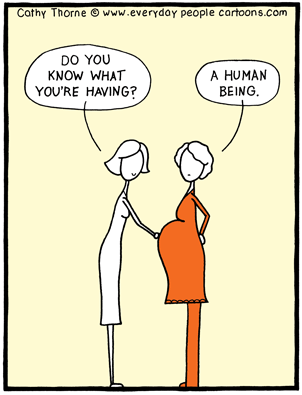 Section 223 (1) A child becomes a human being within the meaning of this Act when it has completely proceeded, in a living state, from the body of its mother, whether or not

(a) it has breathed;
(b) it has an independent circulation; or
(c) the navel string is severed.

(2) A person commits homicide when he causes injury to a child before or during its birth as a result of which the child dies after becoming a human being.”

These five fatal words were the ones by which Canada abdicated its role of protecting every child before birth. Not just those whom some would call “unwanted” but every child! Why we might ask would this be done? These words were added in 1969 to the now section 223(2) of the Criminal Code and they were used as a means to create a vacuum in the law which would be filled by the “thereapeutic abortion” section which was numbered 251 at the time of the Morgentaler judgement in 1988.

We have had the situation in law since 1969 because some women want to choose abortion. As a result, all children of all women are invisible and thus unprotected by our Criminal Code.

In Dobson v Dobson (Litigation Guardian) the Supreme Court of Canada faced for the first time the question of whether a child can sue his or he mother for injuries sustained due to the mother’s prenatal negligence. For many Canadians legal scholars, the Court decision-that a mother has no legal duty toward her fetus – came as a surprise. A child is free to sue a third party for damages sustained as aresult of the third party’ prenatal negligence, and a child is free to sue either or both of his or her parents for negligence – why, then, did the Court hold that a child has no legal capacity to sue his or her mother based solely on the timing of injuries….”

Supreme Court Decision in Sullivan and Lemay v The Queen

The news reports Canadians repeatedly heard on March 21st, 1991 stated “Supreme Court has ruled that a foetus is not a person.” What the Court actually stated was, “A foetus is not a human being for the purpose of the [Criminal] Code”

In May, 1985, Mary Charlotte Sullivan and Gloria Jean Lemay were charged with criminal negligence causing death to the child of Jewel Voth. The Supreme Court dismissed the second charge on  a legal technicality. The charges were laid after Sullivan and Lemay, acting as midwives, attempted to assist Jewel Voth in giving birth.  According to the Court, Mrs Voth w as in labour for 15 hours. The Court stated;

“After five hours of second stage labour the child’s head emerged and no further contractions occurred. Sullivan and Lemay attempted to stimulate further contractions but were unsuccessful.  Approximately twenty minutes later, Emergency Services were called and the mother was transported to hospital. Within two minutes of arrival, an intern delivered the baby using…”a basic delivery technique.”

However, it was too late . The baby was born dead as he had been asphyxiated during the long birth process. The Court acquitted Sullivan and Lemay on the first charge of causing the death of the child.  The charge had been laid under section 203 of the Criminal Code which states;

“Everyone who by Criminal Negligence causes death to another person is guilty of an indictable offence and is liable to imprisonment for life.”

Chief Justice Lamer stated that, “The child of Jewel Voth was not a “person” within the meaning…” of Section 203

However, on November 16th, 1989, The Supreme Court rendered reasons for its decision in the case of Guy Tremblay v Chantal Daigle, stating that “the task of properly classifying a foetus in law and in science are different pursuits” and that recognizing the preborn child as a human being in law is a “normative task…more appropriately left to the legislature”

“This time, the non person in question was a baby whose head was already visible in the mother’s birth canal. How can a fully formed human foetus…not be a human being? Surely, common sense tells us that a baby died here, no matter how powerful the judges who say it was a non-baby. We sense a growing unease among Canadians that has been building ever since the Supreme Court struck down Canada’s abortion law as unconstitutional in 1988. Toronto Sun, Editorial March 25th 1991.

“…Whereas the child, by reason of his physical and mental immaturity, needs special safeguards and care, including appropriate legal protection, before as well as after birth…whereas mankind owes to the child the best it has to give…”DRC 1959

Is this really the best Canada can do? No mother’s child in the womb is protected because some mothers wish to kill their child!

Overcoming poverty and hunger by eliminating the poor and the hungry?
Attitudes & Contradictions

One Response to Legal Blindness