By admin on November 10, 2011 in Challenging the Paradigm

“On November 3rd the Abortion Rights Coalition of Canada, which represents approximately 22 private abortion facilities, as well as abortion advocates, responded that they believe there is nothing to debate except about “how to eliminate remaining barriers to abortion care….” We have placed the web address at the end of our own press release in order for you to read just what the abortion industry has to say.

The ARCC press release notes that “92% of Canadians don’t want to make abortion legal again….” Now is that really accurate when the figure ARCC uses actually is listed under a key finding in the poll conducted in May 2011 by Abacus Data, and it reads;

“When asked about their position on abortion, 52% said they support the right of a woman to make choices about their own body, 17% support abortion in only extreme circumstances, 18% are opposed to abortion, but recognize the right of individuals to make their own choices, and 8% believe abortion should be illegal” (1% said none of these represented their opinion and 4% were unsure).

We also believe women have a right to make  choices about their own bodies too – but we are not talking about a tattoo, liposuction or sky diving – we are talking about abortion – during which the woman drives or walks her body to an abortion facility, gets up on a table and allows an abortionist to enter her body  with instruments in order to destroy the body and life of the child she is carrying!

ii) Recognize the rights of individuals to make their own choices

We also believe that individuals have the right to make their own choices – but that right is not 100% – we see it in laws that require us to use seat belts, or not to drink and drive, or refrain from smoking except in designated smoking areas etc.

Do we really believe that before we are born we are actually a part of our mother like a kidney or an arm? If you do, just go in and ask any doctor to remove your kidney because you do not want it or to cut off your arm because you only have one glove and you cannot afford another, and see if they will. Yet doctors will kill the child growing in your womb for any or no reason and in Canada abortion is legal all nine months. There are those who claim that abortion is not available in Canada at later stages but in Ontario at least we just send the women to the United States and cover the costs with OHIP – that makes it available.

Abortion is necessary precisely because the child is not part of the mother but a complete and different human being who just needs nine months to develop and grow. If the child is not killed by abortion it will be born.

Some of the questions that really need pondering are;

“Why and when did we start believing that any pregnant women has a right to ask a doctor to kill the child developing in her womb?”

“Why are doctors the only ones who can kill someone at another’s request, get paid for it and get away with it in Canada? In any other scenario this would describe an assassin wouldn’t it?

” If we do not believe in capital punishment for the guilty how can we defend abortion of the innocent?”

Below is our latest press release and to see ARCC’s  press release clink on the following link: http://www.arcc-cdac.ca/press/ARCC-CDAC-release-nov3-11-english.pdf

Abortion: There is Everything to Debate…
Including whether killing a child in the womb is medical care! 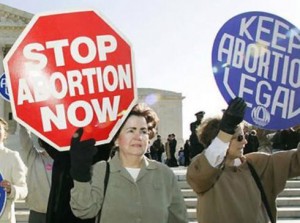 In order to openly and honestly discuss any topic, you cannot decide what ‘kind of debate’ you are going to have in advance.  This is not a debate, but a demand for a closed conversation in which only one side is allowed to make its point.

I would remind our opponents that we, at We Want The Debate, have made no demands on what ‘kind of debate’ it should be.  We believe that in a democratic society an unhindered debate should always be allowed.

The abortion industry and abortion advocates believe that there is a right to abortion and that it is vital to women in Canada.  We at We Want The Debate believe there is no right to kill a child in the womb and that abortion harms and enslaves women.  The pro-abortion lobby believes that abortion access should be expanded.  We at We Want The Debate, along with all pro-life Canadians, obviously disagree.  So let us debate these, and all other issues around abortion, in front of the people of Canada.

There are many disagreements and We Want The Debate plan to raise them all.  We advise the abortion industry and abortion advocates, to start working on their side of the debate, rather than demanding we either do not have one, or if we do, they are allowed to set the rules beforehand.

We WILL Have This Debate.

Promote abortion as a morally acceptable choice or be denied club status!
Look Who’s Not Showing Up For A Debate

3 Responses to FOR IMMEDIATE RELEASE – Abortion: There is Everything to Debate…