By admin on October 24, 2011 in Challenging the Paradigm, The Media

“If journalism at one time seemed an appendix of culture, today by contrast culture finds itself at the mercy of journalism. It is part of the world dominated by journalism. The mass media decide who will be known and to what degree according to which interpretation.” 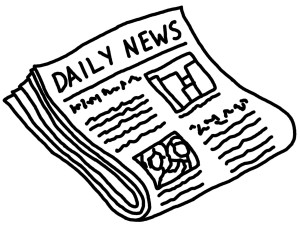 In an article entitled “Gotcha” journalism has led to more titillation, less substance” written by Rory Leishman in 1995, he noted that “Recent studies show media that are biased and have lowered their standards of reporting.”

Mr Leishman asks the question “Are Canadians generally well served by their mass media?” He asked this in reference to a then new book by George Bain entitled “Gotcha: How the Media Distort the News” in which the author contended that for almost three decades “both print and broadcast journalists had indulged in increasingly shallow, one-sided and negative reporting”. It appears the situation has not improved and is probably far worse in 2011.

In his book, Mr Bain noted that in the early part of the 20th century reporters strove for fair and balanced coverage trying for the most part to present news as accurately as possible. The opinions were most often left to the editorial writers and columnists. Mr Bain further noted that in the 1960’s, reporters appeared to “take on the counter-culture attitude of the era” an attitude which prevails in 2011 across the world and supremely in Canada.

The Gotcha type of journalism is not a reporting journalism but more of a “catch you out” attitude which, even today, has the major issues of the day come in a poor second to some “squalid or not so honourable” moments of someone’s life. A journalism which diverts the public’s attention away from the actual major issue, by either defaming or demonizing the individual or group raising the issue.

One question raised by George Bain was why journalists would  seek out “unelected, unrepresentative, unresponsible, but not always unfunded citizen lobbyists” and yet not seek out the leaders of citizen led organizations representing thousands of members, funded by donations not from the public purse.

Mr Bain’s answer then was “media bias,” a contention he backed using, “a 1987 study by Robert Bergen, then a graduate student completing a master’s degree in communications at the University of Calgary, who polled 947 journalists in 14 large newspapers across the country. Seventy three percent of Bergen’s respondents described their political ideology as “moderate left”. Asked about their choice in federal politics, 28% said they had “no federal political leanings”. Among the remainder 45% supported the NDP, 35% supported the Liberals: 18%, the Conservatives and two percent, other.” In closing his article Mr Leishman noted that the, ”Lack of ideological diversity in most media outlets should concern everyone – socialist, liberal and conservative. As John Stuart Mill so elegantly noted, the suppression of dissenting ideas is always harmful, if only because it robs all of us of, “the clearer and livelier impression of truth, produced by its collision with error.”

In 2003 a book was released entitled, “Hidden Agenda: How Journalists Influence News, by Lydia Miljan and Barry Cooper. The book was reviewed by Susan Harada in Canadian Public Policy volume XXXI No 2, 2005.

The book apparently tried to determine “The views of those who deliver the news, along with how much those views shape the information put before Canadians….” Apparently, journalists working in smaller market media showed “markedly different views” from those in the larger market media. The book seems to support the idea that the majority of journalists have views which could favour “left of centre” ideology.

Ms Harada notes that a 2004 study by the Canadian Media Research Consortium “suggest that of the 42% of Canadians who read a newspaper daily, 45% read a local paper, while 28 percent read a national publication. Of the 67 percent who watch TV news, there is almost an even split between those who watch local newscasts (55percent) and those who watch national newscasts (54%).

The bottom line is, we need to be aware that the individual view of any journalist may bias their article and therefore in order to recognize and discover the truth the public must have access to all views.

Media Bias?
Abortion Industry Masquerading as the Voice for Choice in Canada

One Response to Distorting the News